IOM, UNHCR and UNICEF in Austria on the war in Ukraine: Humanitarian needs continue to grow, especially of vulnerable groups 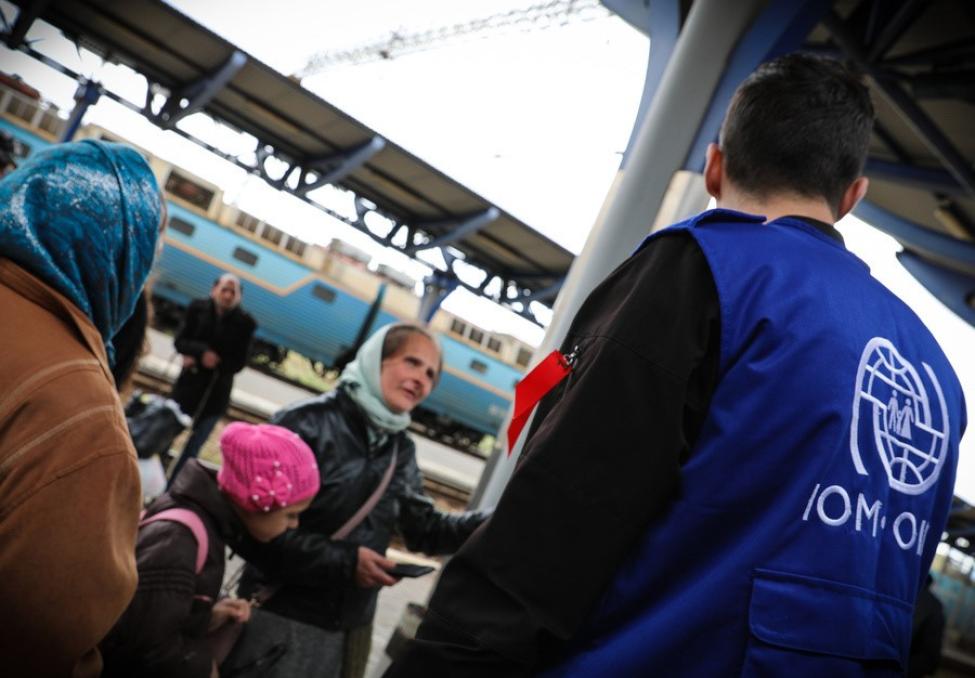 Vienna - One third of the population in Ukraine has already been displaced. According to UNHCR, almost 6.5 million refugee crossings in neighboring countries were counted, including over 250,000 third-country nationals. Within Ukraine, more  than 8 million people have already been displaced by the war, according to the IOM's latest report.  Among those fleeing there is a significant number of vulnerable people. Meanwhile, half of all children from Ukraine are displaced, according to UNICEF.

"The majority of displaced persons are women and children. These groups need special protection, especially to prevent risks such as exploitation and abuse," explains Marian Benbow Pfisterer, Head of IOM Austria. "We would all be well-advised to focus now not only on immediate support but also on medium- and longer-term integration needs and to create the best possible conditions for this purpose."

"The war in Ukraine has become the largest displacement situation in the world in just three months, and humanitarian needs continue to rise. The solidarity of states, civil society organizations and initiatives as well as millions of private individuals is enormous and life-saving for those affected. But humanitarian aid alone is not enough – people urgently need peace," said Christoph Pinter, Head of UNHCR Austria.

In the past month alone, nearly 100 children have been killed, according to the United Nations, with the actual number certainly much higher. Even more children were injured and had to endure serious violations of their rights. Christoph Jünger, Managing Director of UNICEF Austria, emphasizes: "Children and young people are always particularly hard hit by crises. Every effort must be made to ensure that they and the places where they are present, such as schools, residential areas, and escape corridors, are invariably spared from violence. They have contributed nothing to this conflict and will continue to suffer from the physical and mental scars for a long time to come. The war is an attack on the future of children in Ukraine!"

UN aid agencies together with partners are providing humanitarian aid in Ukraine and the region. This includes, for example the distribution of food, clean water, clothing and building materials to repair the war damage. Mobile clinics are deployed, and shelters have been provided. Comprehensive cash programs have also been launched.

The countries neighboring Ukraine have generously kept their borders open and welcomed refugees from Ukraine but national reception capacity and services are increasingly becoming strained. To support these countries and ease the pressure, in particular on Moldova, a number of the EU countries, including Austria, have offered transfer of refugees from Moldova. IOM and UNHCR have set up a fast-track land transfer system for people fleeing Ukraine, including third-country nationals, to Romania through Moldova. Furthermore, through help.unhcr.org, refugees inside and outside Ukraine can find out about support, the situation on the ground and legal framework conditions and are sensitized to the dangers of fleeing. IOM also provides information and legal advice in Moldova and other host countries.

It is also particularly important to provide psychosocial support to those affected, especially unaccompanied children.  In order to support host countries on the ground and to provide direct assistance to those in need in countries bordering Ukraine, the three organizations have deployed psychological aid, mental health and psychosocial support experts. UNHCR and UNICEF together with partners and authorities have now set up 31 Blue Dots Safe Space, Protection and Support Hubs for refugees in several European countries along the major crossing points and transit routes. Blue Dots are support hubs that bring together critical protection services and information for refugees fleeing the war in Ukraine, with a particular focus on children and those at greatest risk.

To be able to help the people affected by the war and especially those who belong to particularly vulnerable groups quickly and effectively, the three organizations stress the need for continued targeted support in Ukraine itself as well as in the host countries.