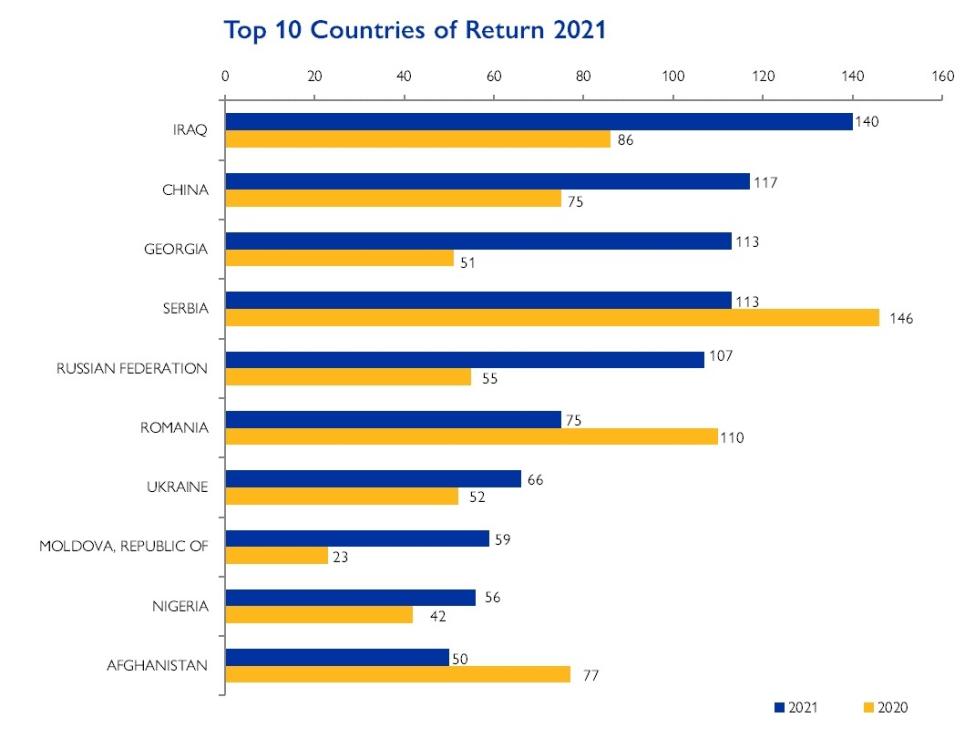 Vienna - In 2021, a total of 1,358 people were supported by IOM Austria in the voluntary return to their countries of origin. Looking back over the last ten years, the number appears comparatively low, which is due to the existing pandemic-related travel restrictions and changed responsibilities within the Austrian AVRR system.

In 2021, as in the period 2015 to 2019, Iraq was the country with the highest number of voluntary returnees from Austria (140 persons supported by IOM), followed by China (117 persons). The third most frequent return countries are Serbia and Georgia (each with 113 supported persons). A total of 63 of the voluntary returnees supported by IOM in 2021 had special health needs that had to be considered when organizing the travel. This corresponds to an increase of 1.3 percent to 4.6 percent compared to the previous year.

As part of the RESTART III  project, 67 people were supported not only in their voluntary return, but also in their reintegration in Afghanistan, the Islamic Republic of Iran, Somalia and Tunisia, inter alia with cash and in-kind assistance. However, the political changes in Afghanistan in August 2021 led to the global suspension of Assisted Voluntary Return to that country. The project RESTART III is co-financed by the Austrian Ministry of the Interior and the European Union.

The statistics from 2021 and previous years are available here.

Read the entire press release in German below.